The effects of crop diversification are assessed in Hungarian vineyards 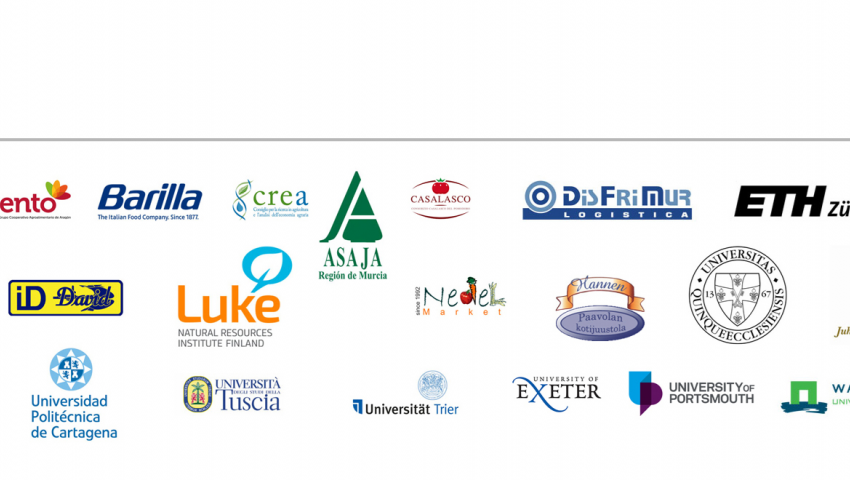 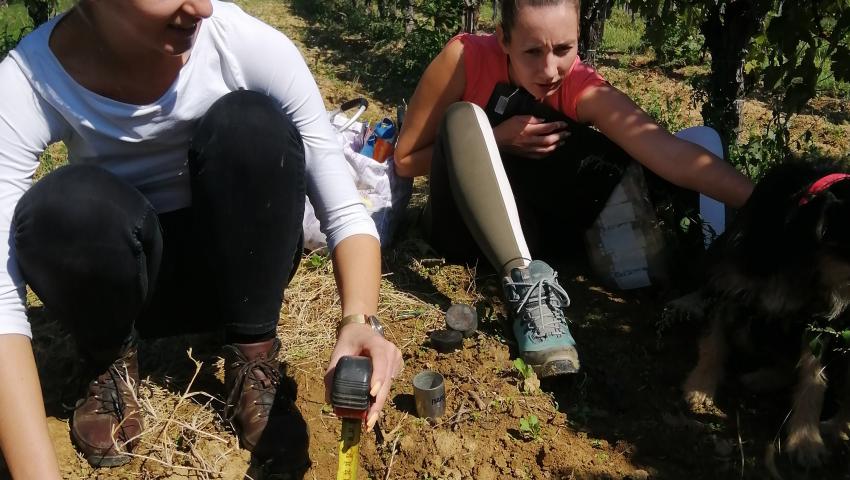 A Diverfarming team fine-tunes the methodology to measure crop growth, carbon sequestration and soil erosion in an experimental plot of ecological vineyards in Hungary

Crop diversification in vineyards may contribute to more resilient adaptation to climate change through the provision of ecosystem resources such as carbon sequestration or reducing soil erosion.

With the objective of fostering the transition of European agriculture towards environmentally and economically more sustainable agriculture systems, the Diverfarming project has trialled, among other crops, the diversification and introduction of low-input management practices in an ecological vineyard located in the Hungarian Villány region.

The trials have been carried out in the vineyards of the company Gere and have lasted two years. In that time a mix of herbs and legumes have been sown between the rows of grapevines as plant cover, which is cut down four or five times during the grapevine growing season and incorporated into the soil as green manure. After these 24 months, the team from the University of Pècs (Hungary) that coordinate this case study have published the methodology to measure the effects of the diversification.
The research team established a phenometry study protocol in order to know how the production of biomass changes in the different development phases of the grapevine; whilst they opted for in-field monitoring with leaf gathering to see how the diversification is reflected in the foliar area index. To establish the impact of carbon sequestration, a laboratory analysis of the vine canopy, biomass, soil properties and sediments that were eroded was determined. Finally, field monitoring was carried out together with the laboratory analysis of the sediment samples, to establish the organic matter that is maintained in the soil by avoiding erosion with the plant cover.

Using this methodology, several preliminary conclusions have been obtained which suggest beneficial effects of the practices proposed by Diverfarming. The establishment of intercropping as a means of plant cover among the grapevines reduced the erosion rate, thereby improving soil conservation. Moreover, the organic matter content also increased.

Finally, with regard to the potential of the vineyard to mitigate climate change through carbon sequestration and a reduction in greenhouse gases, it was seen that the techniques of pruning and incorporating the pruned matter into the soil promoted optimal relationships between Carbon and Nitrogen. The incorporation of the pruned matter and cut plant cover increased the levels of Carbon and Nitrogen in the soil, without increasing the Nitrogen reserves to levels that cause negative effects on wine quality. Thus, the perfect balance has been found between the contribution of the vineyards to climate change mitigation and the production of quality wine.